MY NAME IS RACHEL CORRIE 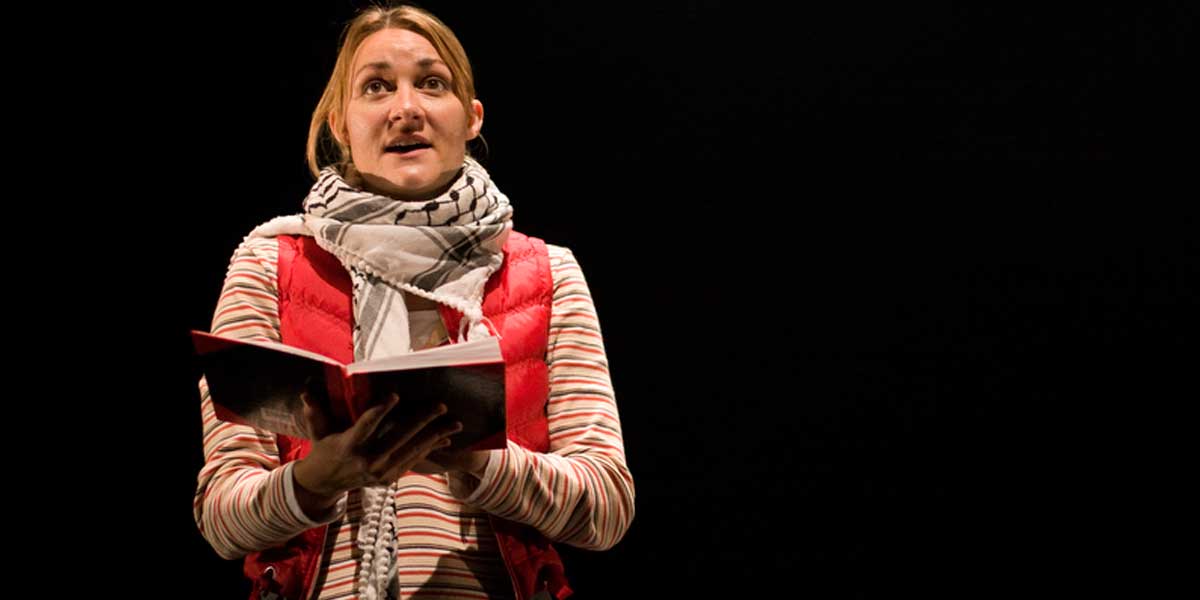 Placing herself between an Israeli Forces bulldozer and a Palestinian home marked for demolition Rachel Corrie had faith that humanity could overcome the conflict in Gaza. She lived… and died for this belief. She was 23 years old.

Rachel Corrie was an American College student and member of the International Solidarity Movement (ISM) who travelled as an activist to the Gaza Strip during 2003. She was killed while attempting to prevent an Israel Defence Forces (IDF) bulldozer from demolishing a home in a Palestinian residential area near the Egyptian border. The details of the events surrounding Corrie’s death are disputed. While an Israeli military investigation ruled the death was an accident, Corries’ parents and the ISM maintain that Corrie was run over deliberately.

“Julia seizes these words and simply inhabits Rachel for this 90-min monologue, introducing us to a spirited, intelligent girl with an insatiable curiosity and a social conscience.”

“Everything about her performance is open, truth, fearless and completely disarming, to the point where at the end of the play you feel you’ve lost an adorable friend.”

“Shane Anthony’s direction for this production is pretty much seamless, perhaps because the play has been so well cast with Julia Billington as Rachel.”

“Her performance is vibrant, intensely likeable and never feels ‘acted’.”